No items in your cart 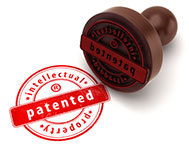 US patent application for the transmutation of radioactive elements in inert or living matter.
by former NASA nuclear physicist Thomas E. Bearden, PhD

US Patent: Remediation of Radioactive Waste by Stimulated Radioactive Decay
by Paul M. Brown. Reportedly neutralizes waste and converts it into a fuel source. Sadly, Paul Brown died in a car racing crash in 2002.

A Brief on Neutralization of Radioactivity by Micheal W. Mandeville

Before it was mysteriosuly destroyed by a freak wind in May, 2017, the 144 foot tall pyramid provided a large array or benefits that Golod and others documented, including reducing nuclear radiation in the atmosphere and ground water, and bringing back a flower species that had been extinct on Earth for 11 million years. His pyramid web site: www.pyramids.ru and www.pyramidoflife.com 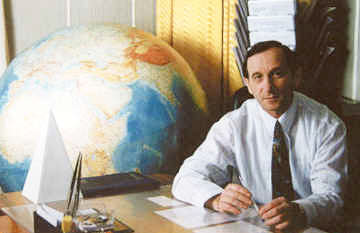 Bioremediation of Radionuclides and Toxins with Bacteria

Bioremediation is defined as the use of biological agents to contain or control environmental contaminants by reducing toxic substances to less toxic or less soluble states to facilitate their immobilization and removal. 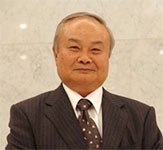 The many benefits of Teruo Higa's Effective Microorganisms.

Precipitation of insoluble strontium complexes mediated by bacteria and fungi.

Mycologist Paul Stamets: 6 Ways Mushrooms Can Save the World

Isn't transmutation of elements alchemical nonsense?
Transmutation of radioactive elements from one element to another is not unusual, it is in fact common and occurs in nuclear reactions and nuclear decay and is known as nuclear transmutation. In stars throughout the universe, elements combine to create heavier elements. This is know as stellar nucleosynthesis. Several of the technologies for neutralizing radioactivity simply radically accelerate decay of radionuclides into nonradioactive elements.

Book: Biological Transmutations by Louis Kervran, PhD. Kervran proved that living organisms including humans routinely transmute elements from one to the other within their bodies.

Microscope That Can Actually See Inside Atoms
Nemescope optical microscope, invented in the 1950s, can magnify matter at 5 million times and show atomic structures with very high resolution, in actual color, as opposed to tunneling electron microscopes at 60,000 times which can only see the exterior of atoms as round blobs. The Nemescope confirmed the actual atomic structure of matter and exposed incorrect assumptions about the nature of the atom.

Video: Measured Radiation Levels in Pacific Ocean
Ken Buesseler of Woods Hole Oceanographic Institute give facts about radioactivity in ocean and atmosphere from Fukushima based on actual measurements, as opposed to computer models.
10-16 Petabecquerels in atmosphere, 3.5-15 Petabecquerels in the ocean.
1 petabecquerel = 1015 becquerels

Video: Protect Yourself from Radiation

Film Project: Uncanny Terrain about solutions to Fukushima radiation in Japan, needs your help for funding.
Filmmakers Junko Kajino and Ed M. Koziarski spent five months inside Japan’s nuclear contamination zone, living and working with the farmers, researchers and volunteers who have committed themselves to take the nuclear crisis as an opportunity to build a better society. They are showing what it is really like for the Japanese who refuse to bow to devastating odds.

Professor Tatsuhiko Kodama of the Radioisotope Center at the University of Tokyo Testifies to the Japanese Legislature, Shaking with Anger, Shouts at Them, "What the Hell Are You Doing?!"
Text translation in various languages here.

Dec. 2013: Record Outdoor Radiation Level That "Can Kill in 20 Minutes" Detected at Fukushima

Canadian Government Research Shows Fukushima Radiation Spike Over Southwestern British Columbia in 2011
Radioactive iodine levels in Sidney, BC measured 300 times above normal background. Health Canada's own data contradicts their assertion that the increase was very slight and of no concern.

Japan and the U.S. are Doing Everything They Can to Cover Up the Danger of the Fukushima Crisis.
Japanese legislator Taro Yamamoto: “The path that Japan is taking is the recreation of a fascist state. I strongly believe that this secrecy bill represents a planned coup d’état by a group of politicians and bureaucrats.”

Fake Science Alert: Fukushima Radiation Can’t Be Compared to Bananas, X-Rays, or Background Radiation During Flying
Nuclear apologists pretend that people are exposed to more radiation from bananas or x rays than from Fukushima, when in fact, there’s an enormous variation in the risks associated with swallowing the same amount of different radioactive materials—and even some difference between the same dose, of the same material, but in different chemical forms. Cesium-133 is the only naturally occurring isotope and is non-radioactive; all other isotopes, including cesium-137, are produced by human activity.


A Time-Lapse Map of Every Nuclear Explosion Since 1945

Map of the 2053 nuclear explosions which have taken place between 1945 and 1998, beginning with the Manhattan Project's "Trinity" test near Los Alamos and concluding with Pakistan's nuclear tests in May of 1998.


Healing/Maintaining Health in a Radioactive World

eBook: How To Help Support The Body’s Healing After Intense Radioactive Or Radiation Exposure by (721K PDF)
The Medical, Naturopathic, Nutritional, Herbal, Commonsense External and Internal Approaches by Bill Bodri of www.meditationexpert.com

Lifestyle coach Katrine Volynsky shares how she healed herself from exposure to Chernobyl nuclear fallout.

www.KatrineVolynsky.com
Interview on Gaim TV (requires a $10 per month subscription, WELL worth it.)

Video: Testing Food for Radioactivity With a Geiger Counter

Purification Of Water With Moringa Seeds And Solar Radiation

Harvard professor and 2009 Time Magazine "Hero of the Environment" openly discusses the global use of sulfuric acid, other acids, and metal aerosols for geoengineering at a TED Talk.

Documentary: Why in the World are They Spraying?

Exposé into the damaging effects of geoengineering/weather modification, covering more about why poisonous geoengineering/chemtrail pollutants are being sprayed in the skies globally.


Documentary: What in the World are They Spraying?

The first in the series exposing the damaging effects of geoengineering/weather modification, particularly what is being sprayed in the skies, who is doing it, and what damage is caused.

2014 presentation by Dane Wigington gives hard data revealing what catastrophic geoengineering programs have done to our planet to date and what they will do if they are allowed to continue.

Trevor James Constable of California devoted over 30 years of his life to developing etheric rain engineering — without chemicals or electric power of any kind. He opened a new epoch in weather engineering based on biogeometric forms and phi geometry. Part 1 below, see links to other 3 parts.

Huge list of geoengineering-related patents.
1966 US patent no. US 3274035 A issued to the US government for metallic "hygroscopic smoke" for "concealment purposes as well as cloud seeding."

1961 US patent no. US 2995526 A for 600 new varieties of smoke for a wide range of uses including weather modification, radiological warfare, chemical warfare"

You can use swab and surface testing on surfaces exposed to geoengineering chemicals to show what is depositing in the area. Might also be a way to detect geoengineering pollutants on aircraft, etc. Hill Laboratories Swab and Surface Testing

Articles and Info on Geoengineering/Chemtrails

Comprehensive Lecture on Monatomic, aka ORMES Elements by the American Re-Discoverer, David Hudson

Monatomic elements, aka "ORMES" (Orbitally Rearranged Monatomic Elements), are a class of superconducting metals in which the atoms are discreet and unattached to each other, rather than the usual strongly bound three dimensional lattice or grid found with normal elements. In this form these elements act like pseudo-matter that exist partially as a solid matter in three dimensional space-time, but also simultaneously in other dimensions or frequencies of time and space. They have many amazing properties that make them useful for neutralizing radioactivity, healing living organisms, time and space travel, anti-gravity, free energy, enhancing consciousness, and more. ORMES elements have been known about throughout time around the world. Arizona farmer, David Hudson, discusses his modern day rediscovery of monatomic elements in the 9 MP3 recordings at the middle of this page http://customers.hbci.com/~wenonah/hudson or you may click the links below to listen in MP3 format.


David Hudson Presentation on ORMES at Enota, Georgia, May, 2011

Cross Currents and The Body Electric by Robert O. Becker

Information within this site is for educational purposes only and has not been
evaluated by the US Food & Drug Administration. Please see our full disclaimer.

has been added successfully to your wishlist.